An Book Review by Jackie Houchin 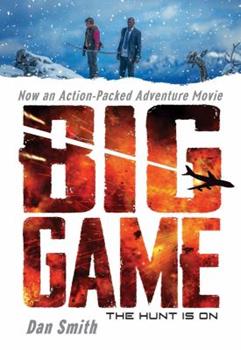 Wow! What an adventure! Impossible to put down. A 12-year-old boy, on the even of his birthday, goes into the dense forest of Northern Finland to hunt with the tribal bow and arrows. He is to bring in some trophy to prove he is a man. A rabbit? A deer? An elk? A bear? What would the forest give this smallish boy, Oskari, to turn him into a man?

Who knew that the “trophy” this boy/man would bring in from the forest would be the President of the United States, alive and well, saved from terrorists after Air Force One is shot down..

This is a terrific story of bravery in the face of impossible odds. The boy is determined to rescue the President, even when the man himself wants to give up. The unbelievable obstacles never dull Oskari’s resolve. He has only the ancient bow, his knife, and his fire kit. But they are enough.

A heart-swelling story for anyone to read, but 12+ year-old boys will claim this is their all time favorite and reread it again and again. I want to myself!

Soon also to be a movie!